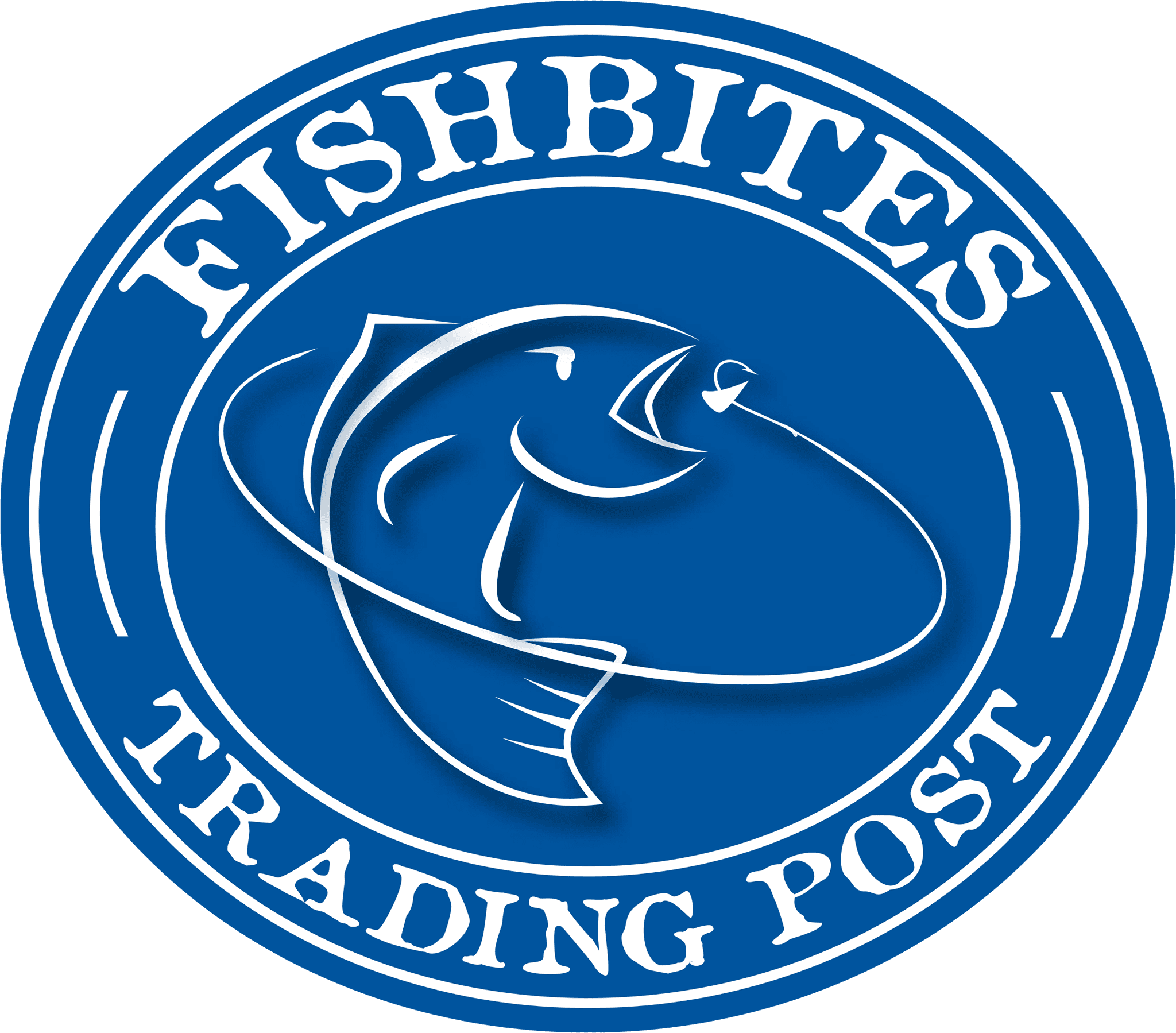 Every day we get calls from Fishbites® fans who are planning a visit or are currently visiting Historic St. Augustine and its expansive beaches asking if they can come by the plant and see how our baits are made or buy some packs direct from the factory. While we can't give you a factory tour because of safety concerns, we can offer you a way to buy direct from the factory via our new, on-site store.
Welcome to the Fishbites Trading Post located on the Fishbites® factory campus. Come by and visit our new 4000 square-foot space loaded up with custom and name brand gear for Offshore, Inshore and surf fishing. We stock our very own 12' signature series surf rod made by Okuma as well as high-end, his & her performance wear. To really see what's going on, check out our Facebook page via the link below. We hope to see you soon.

A Dive Into History

Fishbites Inventor (center) Dr. Bill Carr (1935 - 2021) grew up fishing in Coronado Beach, FL - now known as New Symrna Beach - during the 1940s, 50s and 60s. It was in his blood before the pursuit of science became an equal competitor for his attention. 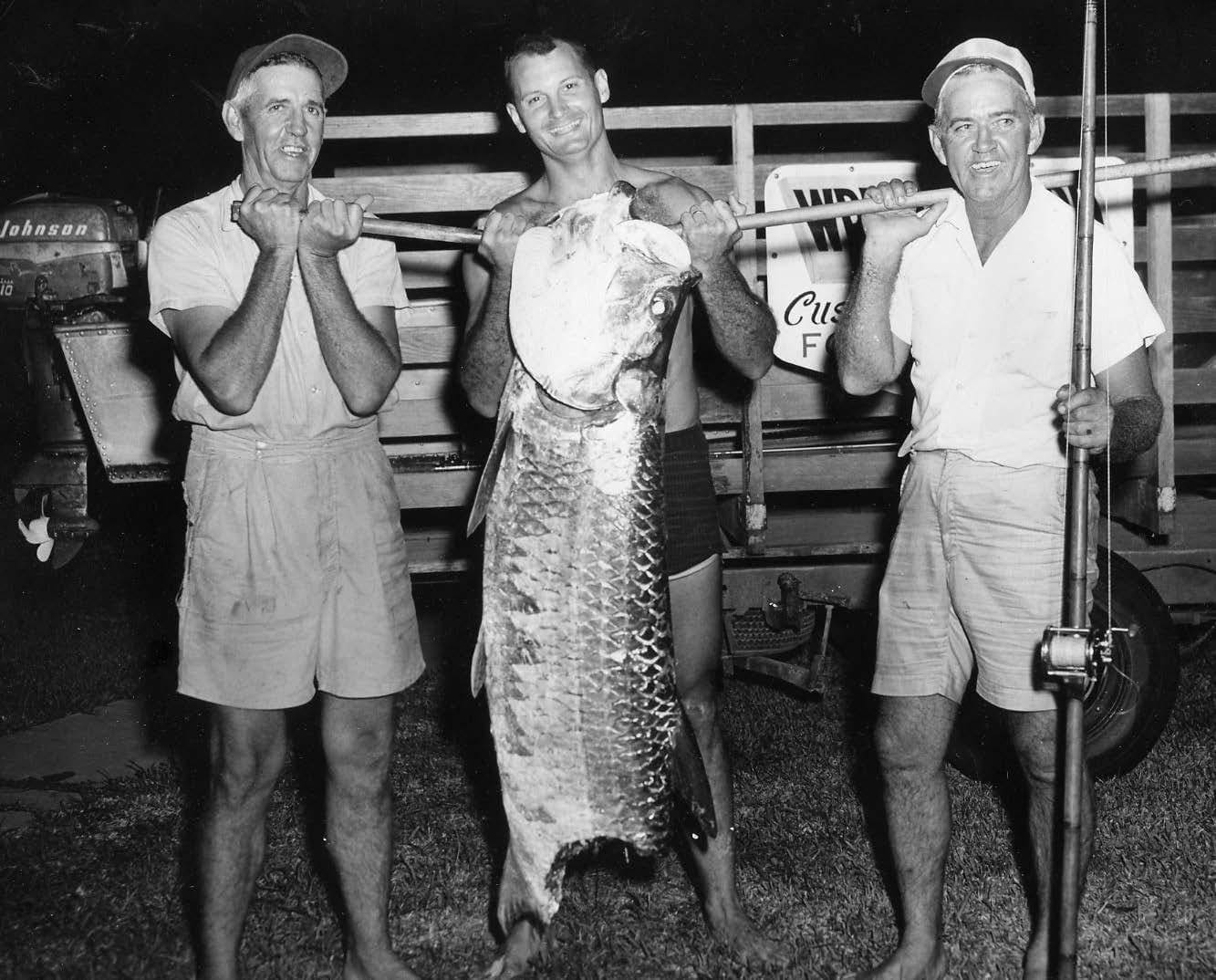 Pictured: Clyde Wright (left), a very young Bill Carr and Phil Wright (Right) with half-Tarpon caught on New Symrna Beach in August 1961. Bill Carr was 6’ 3” tall when this photo was taken. The remaining Tarpon was 26-28” in girth at the bite mark and weighed in at 198lbs. The three caught it just beyond the breakers in the 14’ aluminum boat shown behind them. “

This picture is a prominent feature upon walking in the door.

Fishbites fishing products are the result of a lifelong passion for fishing and decades of scientific research. Carr Specialty Baits, Inc. (CSB), the maker of Fishbites, is a family-owned business based in St. Augustine, FL and was founded in 2001 by avid angler and world-renowned Marine Biologist Dr. William (Bill) Carr Ph.D. (1935 - 2021)
How did this all begin?

It started in New Smyrna Beach back in the 1940s when a young Bill Carr cut his foot while out getting oysters with his Dad. He immediately noticed that numerous small creatures began rushing towards the small cut looking for something to eat. That event stayed with him until he became a University of Florida professor in the 1970s.

For more than 30 years, Dr. Carr devoted his career to studying the feeding behaviors of marine species. His pioneering research methods led to the key findings about the chemical stimulants fish use to detect and track their prey.

Carr’s discoveries busted the myth of stink-baits, proving that there is little in common between what humans smell in the air and what fish detect in the water. Odors that persist in the air do not necessarily dissolve in water and become detectable or attractive to fish. Carr then focused on replicating these natural, nongaseous feeding stimulants in the lab, creating more refined and potent versions. This breakthrough represented a new era in fishing bait technology.

Not only did Carr unlock the scent component of the formula, he also unlocked the importance of the flavor. Fish might smell something interesting, but upon tasting it, they might simply spit it out before you can set the hook. Think of it like ordering French Fries but, when you bite down, it tastes like cardboard – NOT Awesome. The Fishbites® “flavor/scent” combo is what creates blow-up strikes and why fish stay on the baits for longer periods.

In 1999, CSB was founded in St. Augustine, FL by Dr. William (Bill) Carr, Terry Dillinger, Teresa Carr Dillinger, Michael Carr, Mona Carr and William (Billy) Carr Jr. We launched CSB with only 4, crudely packaged Fishbites bait products. Today, we offer over 160 baits and rigs including Fishbites Fight Club® Lures that are redefining the standards of toughness, durability and effectiveness of scented lures. Anglers all over the world have used our baits to catch over 90 species of Fresh & Saltwater fish. Fishbites® is made with pride in the USA.

Fishbites inventor Dr. William (Bill) Carr Ph. D (1935 - 2021) walks you through the 30+ years of research that went into developing the flavor/scents and gels used in Fishbites.