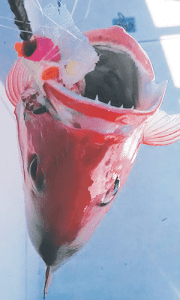 I’ve been doing a lot of fishing, and fished 2 tournaments, the first tournament was the deep sea round up here in Port Aransas, the weatherman projected seas up to 8 foot, so we were forced to skip the bill fishing, and forced to put our money on kingfishing. Day one of the tournament presented us with seas higher than projected, which altered my game plan, needless to say I racked up about 150 miles and at the end of day one, we didn’t have a single fish to weigh in. Certainly I wasn’t happy, and the other teammates really showed their disappointment on their faces and their whole demeanour, and they were talking about throwing in the towel. Being the captain, I shared my feelings of being disappointed, but also expressed that I really felt we still had a chance to win. I told the crew I would get to the drawing board and create a new plan for day two. I came up with a new float plan, changed up tackle, redid lines, and reassured them that there was a reason they used dry erase markers on the leaderboard. Sure enough, we left earlier on day two, roughed out seven foot seas, stuck to the plan, and had a phenomenal day. Actually took 1st place in kingfish and lined everyone’s pockets with $. After the awards banquet, I asked my teammates”what did Babe Ruth lead the MLB with?” of course they responded instantaneously,  “HOME RUNS!” I shook my head and told them the truth, he led the league with strikeouts, but always followed with a home run. I guess I taught them a little bit about never giving up. So the awards banquet wraps up at 5pm on Sunday, Monday morning I’m on the road to Port Isabel Texas, one to drop my shallow sport X3 boat off at the dealership to iron out a few quirks, and two, to jump on a sportfisher to navigate it to Port O’Connor to fish one of the biggest billfish tournaments in Texas, (that is by invite only, and has a high Calcutta and lucrative fish pots). Good old Poco bueno tournament. I was invited on a vessel that doesn’t have a track record of catching billfish, but being friends of the owner of the vessel, I agreed to fish in hopes of changing the luck of the vessel. Sure enough we went 3 for 4 on sailfish, and 0 for 3 on blue Marlin. The most billfish raised by that vessel in ten years. Unfortunately a portion of the fish lost were caused by lack of preparation by the deckhand, but oh well. That’s life, in Texas 7 billfish in a day is unusual, but it can be done. We didn’t win money, but certainly won respect. On they way home from Port O’Connor to Port Isabel we stopped and did some snapper fishing, and I will tell you what, that Sand Flea Fish Bites worked better than squid, and caught bigger fish. That shit works great!

Until next time, Tight Lines – 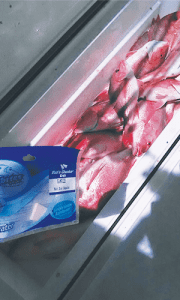 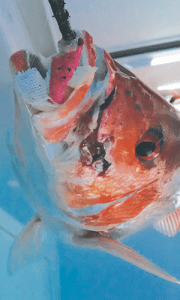 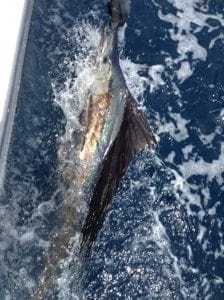 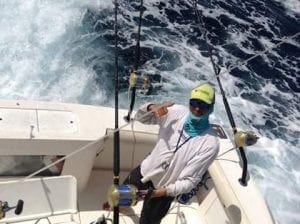